Outcomes-Based Drug Contracts Do Not Move Us Closer to Value

What steps are needed to make outcomes-based contracting a value-based approach? 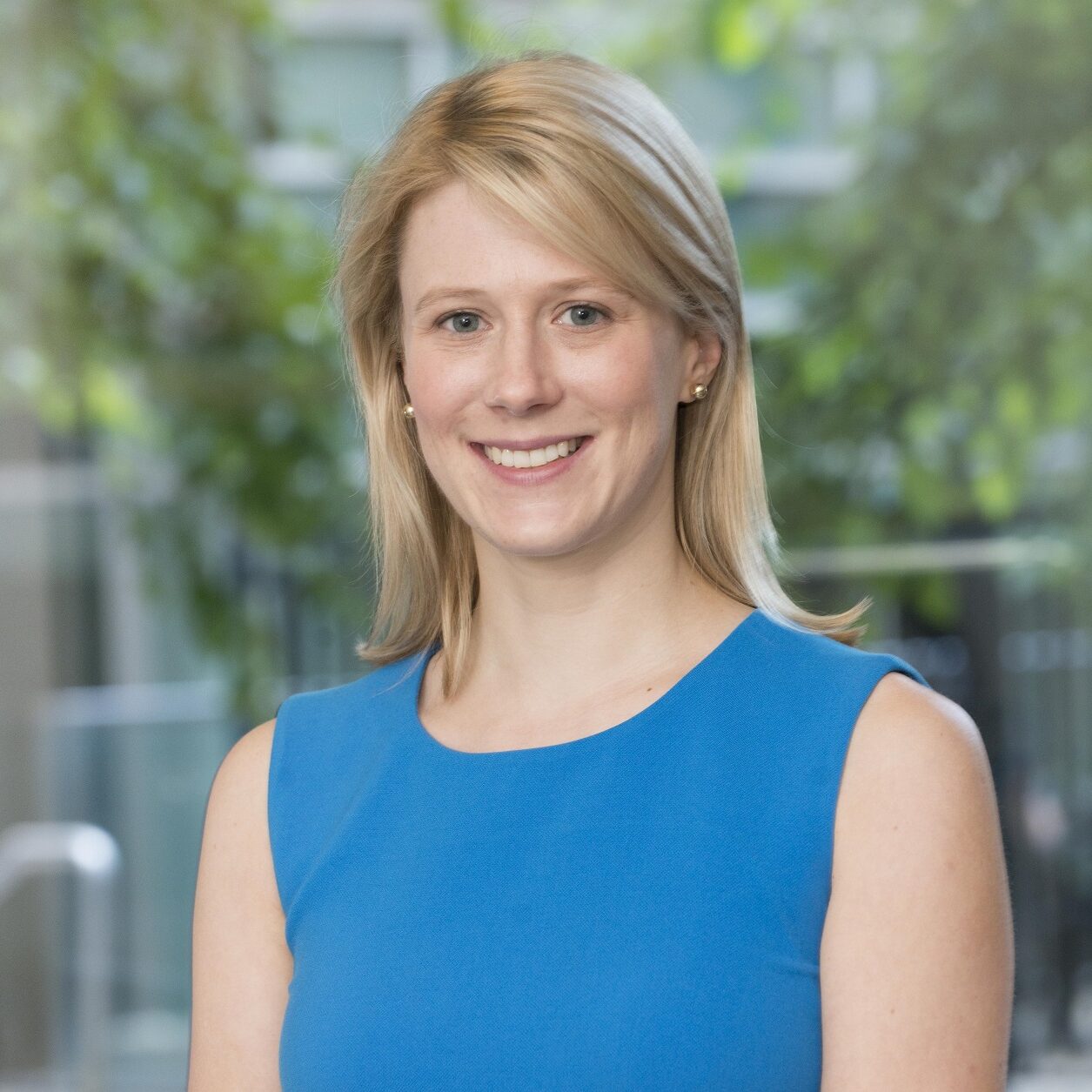 What is value-based pricing?

Value-based pricing is when the price of a drug is based on its measured benefits, for instance, in clinical trials leading to its approval. Methods used to determine value-based prices are transparent, reproducible and data driven.

What is outcomes-based contracting?

What is the difference between value-based pricing and outcomes-based contracting?

We can look to Amgen’s recent outcomes-based agreement with Harvard Pilgrim for its cholesterol medication, Repatha, to illustrate the difference.

Amgen has agreed to refund Harvard Pilgrim the cost of medication for patients who have a heart attack or stroke, an estimated 3.5% of individuals on the drug. This equates to a reduction in annual list price from $14,100 to $13,620. In contrast, the Institute for Clinical and Economic Review last reported that a value-based price for Repatha would be $2,200 to $5,000 per year, one third to one fifth the expected price resulting from the outcomes-based contract.

ICER’s value-based price estimate is now expected to fall even further, as the original calculations were based on a meta-analysis of predicted reductions in mortality using LDL cholesterol reported in various trials, which was the only measure available at the time. Results from the recently concluded FOURIER trial, however, showed no mortality benefit. Consequently, ICER announced a planned update to their original report to reflect the lower than expected benefit from Repatha, which will cause the value-based price to be an even smaller fraction of the outcomes-based price. Meanwhile, Amgen has raised the price of Repatha by 3% since launch.

What do pharmaceutical corporations say they need to engage in outcomes-based contracting?

The pharmaceutical industry has claimed that several statues and regulations need to be rolled back in order for outcomes-based contracting to be feasible. Their requests include exemptions from

Are these statutes and regulations really such a barrier?

Outcomes-based contracts have been announced in the United States for Repatha, Praluent, Entresto, Actonel, and Enbrel, among others. It seems unlikely that these contracts could be in the field and violating current Medicaid Best Price rules.

The math also does not support waiving the rule. The current Best Price standard for brand drugs is a 23% discount below AMP. Refunds to plans are probably not 100% money-back guarantees for specific patients, but instead averaged into the rebate across all patients. In order to dip below the 23% discount, failures would have to be so frequent that it should raise questions as to whether the average price is correct in the first place. For example, a refund for Repatha patients who have a heart attack or stroke would only amount to around 3.5% (according to FOURIER trial results), which would not cross the Medicaid Best Price threshold.

Finally, the claim that Best Price needs to be waived so outcomes-based contracts can be executed in Medicare is incorrect. The rule does not apply to Medicare Part D, so any discounts given to a Part D plan would not affect Medicaid Best Price.

The 21st Century Cures Act and recent FDA draft guidance have added significant flexibility to promotional activities by pharmaceutical corporations. Based on existing reports, many outcomes-based contracts already incorporate endpoints that are not included in the FDA-approved prescribing information.

It is hard to gauge the relative impact of the anti-kickback statue. Because the promise of outcomes-based contracts resulting in value-based prices is uncertain, it would be safer for OIG to provide protections for specific contracts, rather than take action on the statute as a whole.

How feasible are outcomes-based contracts in practice?

The experience so far casts doubt on the practical feasibility of such contracts. In fact, most of the barriers to their use are logistical; in a survey conducted with various healthcare stakeholders, only one of the three aforementioned barriers was listed (Medicaid Best Price). These other practical concerns, outlined by Garrison et al., will continue to limit the use of outcomes-based contracts, even if the requested policy concessions are granted.

What’s the potential for outcomes-based contracting?

Italy’s healthcare system has fully embraced outcomes-based contracts, which has only led to aggregate savings of 3.3% of their total drug spending from 2006-2012.

Explore Our Research
Academic Literature
Money-Back Guarantees for Expensive Drugs: Wolf's Clothing but a Sheep…
Pharmaceutical manufacturers push for adoption of outcomes-based contracting as a means of achieving a value-based price, but such contracts are ill-suited to do so.
Annals of Internal Medicine 06/19/2018
Articles
Outcomes-Based Drug Contracts Do Not Move Us Closer to Value
What steps are needed to make outcomes-based contracting a value-based approach?
Morning Consult 06/21/2017
Reports
Medicare Part B Premium Dynamics Explained
The Drug Pricing Lab commissioned Milliman to prepare a report exploring the impact of changes in Medicare Part B program costs on beneficiaries’ premiums and Social Security payments. This report focuses on the 2022 Part B premium for beneficiaries with various income levels to illustrate the payment dynamics and discusses the implications for related programs.
Milliman 12/23/2022
Reports
Comparing Factors that Influence Pharmaceutical Pricing and Access in the…
Drug prices in the United States are some of the highest in the world, which has triggered several policy proposals aimed at adopting pricing strategies used by other countries.
Drug Pricing Lab 12/20/2021
Reports
Biosimilars in Medicare Part D: pricing dynamics and considerations
The Drug Pricing Lab engaged Milliman to prepare a report summarizing the pricing dynamics affecting utilization of biosimilars in the current Medicare Part D marketplace and under the proposed Part D benefit design in the Build Back Better Act.

This report was commissioned by the Drug Pricing Lab.
Milliman 12/14/2021
Reports
Evaluating Industry’s Drug Pricing Claims
A closer look at three of PhRMA’s most cited talking points.
Drug Pricing Lab 11/18/2021
Mapping conflict of interests: scoping review
A scoping review of the literature to identify all known ties between the medical product industry and the parties and activities in the healthcare ecosystem.
Drug Pricing Lab 11/03/2021
Reports
Production Plus Profit Pricing (P-quad) FAQ
08/17/2021
Academic Literature
What A Waste! The National Academy Of Medicine’s Report On…
Why Congress should not follow the National Academy of Science, Engineering, and Medicine’s recommendation to remove the JW modifier.
Health Affairs Blog 07/09/2021
Articles
Medicare Must Study Unproven, Expensive Alzheimer’s Drug
Medicare cannot indiscriminately cover the cost of Aduhelm for the treatment of Alzheimer's disease without first evaluating whether it truly works.
Bloomberg Opinion 06/15/2021
Academic Literature
Value-Based Management of Specialty Drugs: Practical Considerations and Implications for…
Not all approaches are suited to meeting policy makers and health plans’ goals of managing specialty drugs based on their value. Researchers conducted a qualitative study with Blue Cross Blue Shield plans interested in implementing value-based specialty pharmacy management to observe the plans’ objectives, strategies, and factors influencing their ability to execute on these strategies.
AJMC 05/13/2021
Articles
Instead of debating 'first-shot' vs 'set-aside' vaccine approaches, hospitals' study…
Hospitals could start studies of their own employees to answer important questions, including whether the first-shot approach has downsides when compared to the set-aside strategy.
STAT 01/04/2021
Explore Our Research

Is Outcomes-Based Contracting Worth It?