The growth in spending on cancer drugs can be attributed primarily to a unique legislative and regulatory framework that shields such drugs from the strategies that Medicare typically uses to hold down prices.

Fifteen years ago, the only commonly used cancer drug on the market that cost more than $2,500 per month was paclitaxel (Taxol, Bristol-Myers Squibb). Today, new cancer drugs cost many times that amount.

Spending on cancer drugs has risen faster than spending in many other areas of health care, in part because of rising prices and increased rates of use. For Medicare, spending on Part B drugs - a category dominated by drugs used to treat cancer - increased 267% from 1997 to 2004 as compared to the rise in overall Medicare spending of 47% during the same time.

There are a few major strategies Medicare uses to rein in spending: controlling utilization through determination of coverage, drug interchangeability, and through third parties. However, laws, regulations, and court rulings prevent Medicare from effectively managing increasing costs of cancer therapies. For instance, Medicare requires coverage of all or substantially all cancer therapies, which limits Medicare's ability to have discretion over coverage for Part B and Part D drugs (for plan sponsors). Price competition through interchangeability for a blended reimbursement is not applicable due to the strict standards of determining how a drug is multi-source, which excludes cancer drugs. Similarly, Least-Costly-Alternative (LCA) reimbursement and competitive bidding processes are restricted when cancer drugs are considered sole-source. Explore Our Research
Reports
Medicare Part B Premium Dynamics Explained
The Drug Pricing Lab commissioned Milliman to prepare a report exploring the impact of changes in Medicare Part B program costs on beneficiaries’ premiums and Social Security payments. This report focuses on the 2022 Part B premium for beneficiaries with various income levels to illustrate the payment dynamics and discusses the implications for related programs.
Milliman 12/23/2022
Reports
Comparing Factors that Influence Pharmaceutical Pricing and Access in the…
Drug prices in the United States are some of the highest in the world, which has triggered several policy proposals aimed at adopting pricing strategies used by other countries.
Drug Pricing Lab 12/20/2021
Reports
Biosimilars in Medicare Part D: pricing dynamics and considerations
The Drug Pricing Lab engaged Milliman to prepare a report summarizing the pricing dynamics affecting utilization of biosimilars in the current Medicare Part D marketplace and under the proposed Part D benefit design in the Build Back Better Act.

This report was commissioned by the Drug Pricing Lab.
Milliman 12/14/2021
Reports
Evaluating Industry’s Drug Pricing Claims
A closer look at three of PhRMA’s most cited talking points.
Drug Pricing Lab 11/18/2021
Mapping conflict of interests: scoping review
A scoping review of the literature to identify all known ties between the medical product industry and the parties and activities in the healthcare ecosystem.
Drug Pricing Lab 11/03/2021
Reports
Production Plus Profit Pricing (P-quad) FAQ
08/17/2021
Academic Literature
What A Waste! The National Academy Of Medicine’s Report On…
Why Congress should not follow the National Academy of Science, Engineering, and Medicine’s recommendation to remove the JW modifier.
Health Affairs Blog 07/09/2021
Articles
Medicare Must Study Unproven, Expensive Alzheimer’s Drug
Medicare cannot indiscriminately cover the cost of Aduhelm for the treatment of Alzheimer's disease without first evaluating whether it truly works.
Bloomberg Opinion 06/15/2021
Academic Literature
Value-Based Management of Specialty Drugs: Practical Considerations and Implications for…
Not all approaches are suited to meeting policy makers and health plans’ goals of managing specialty drugs based on their value. Researchers conducted a qualitative study with Blue Cross Blue Shield plans interested in implementing value-based specialty pharmacy management to observe the plans’ objectives, strategies, and factors influencing their ability to execute on these strategies.
AJMC 05/13/2021
Articles
Instead of debating 'first-shot' vs 'set-aside' vaccine approaches, hospitals' study…
Hospitals could start studies of their own employees to answer important questions, including whether the first-shot approach has downsides when compared to the set-aside strategy.
STAT 01/04/2021
Articles
Trump's Drug-Pricing Ideas Would Cost Taxpayers a Bundle
Meanwhile, pharmaceutical companies would stand to make a lot more money.
Bloomberg Opinion 09/29/2020
Articles
We can't tackle the pandemic without figuring out which Covid-19…
There may be several Covid-19 vaccines by winter, but there will also need to be a study comparing the viruses to one another as part of rolling out widespread vaccination.
STAT 09/24/2020
Explore Our Research

The Challenge — MERGE WITH NANCY 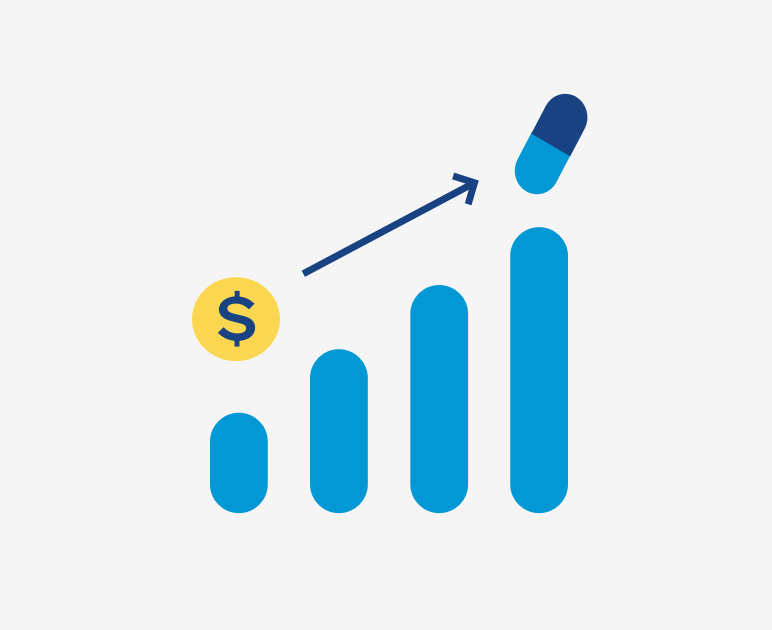